It’s been clear for a little while now that shipping goods from Great Britain to Northern Ireland will be somewhat different after 1st January 2021.

As this deadline approaches - and Michael Gove has said we will not be asking for, or accepting any extension - we are beginning to see some of the UK government’s thinking and HMRC has shared details of their proposed solution which requires a pre entry, on CDS, for all goods entering NI.

The Border Protocol and Delivery Group, (BPDG) has been developing the Goods Vehicle Movement System (GVMS) for NI.

This is linked to CDS, CHIEF and the UK ICS system, (for Safety & Security declarations) and will work in non-inventory linked ports and those without temporary storage facilities – i.e. most roll on, roll off locations. 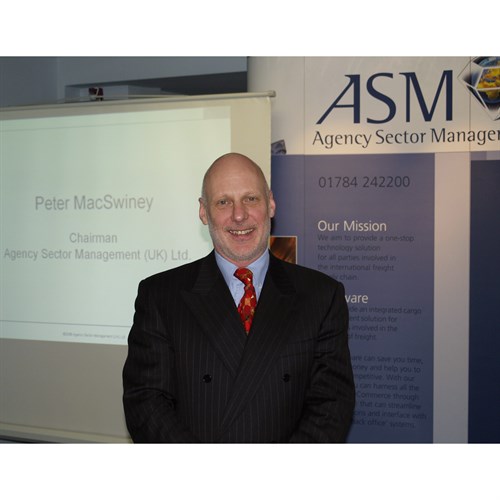 The system requires the haulier to establish the Movement Reference Numbers (MRN’s) from the pre-entries of all goods he is collecting from the shippers’, and the Safety & Security declaration (logged on CDS and the UK ICS system) and combine them under a single GMR (Goods Movement Reference).

There is a free online portal linked to businesses’ Government Gateway ID, which then can be used, probably by the driver, to input the vehicle registration or trailer number (VRN or TRN) before arrival at port. The ferry operator will need to validate the GMR, the MRNs and the VRN’s and input the information into GVMS.

During the crossing the MRN’s are risk-profiled against both the pre-entry and the ICS declaration and other Government systems so that GVMS can tell the driver whether the truck is free to go on arrival or needs an inspection.

HMRC expect that only ‘in a very small number of consignments’ an inspection will be needed and a ‘smart app’ is being developed to deliver the messages to the driver.

Goods under the New Computerised Transit System (NCTS) will also be reported to GVMS in a similar way, as will goods from NI to GB which will not need a declaration (bar licensable goods) or a safety and security declaration.

There is obviously the need to ‘fill in some of the gaps’ and HMRC will be talking to the trade over the coming weeks “to get all of the dots joined up”.

But it has to be said that whilst GVMS is new and ambitious and designed to offer a solution to a complex problem, many are dismayed that it is only at this stage, with testing due to start in September, that input is being sought from the trade.

The freight community is understandably concerned about the UK government’s plans for new Customs checks on goods entering NI from Great Britain post-Brexit.

At this point it would appear that goods travelling from one part of the UK to another will be subject to more stringent controls than those travelling from anywhere else in the world and we very much hope for more information and clarity in the coming weeks.